Index investing may have run it's course, but Smallcap Stocks may be a good alternative for a Retire Fund!

Earlier this summer we divested of our remaining Index Funds.

Passive investing, I believe, has had a great run, but is at a turning point as stock markets swoon and a recession lurks around the corner.

SmallCap stocks however, have been neglected for some time and subsequently, good value can be had depending on where you look.

Here are some small caps we like now, that trade on the Canadian Market (Toronto - TSE)

They all make profit, and some even pay a small dividend.  I believe they all have good upside!

Disclosure: we own all four of these stocks plus some other small and micro cap stocks now!

Intrinsyc Technologies - manufactures a number of devices and nodes in the #IOT space, is profitable and pays a small dividend. Maybe a takeover target at some point!
ITC on TSX

Bought more DHX Media Inc - Owners/Distributors of Children's programs like Peanuts (CharlieBrown Cartoons), InspectorGadget and many others - DHX on TSE

BevCanna produces a smooth, CBD infused, Green Iced Tea in it's GRUV line of Cannabis infused Drinks. With many more products on the way!   BEV on TSX
BevCanna.com 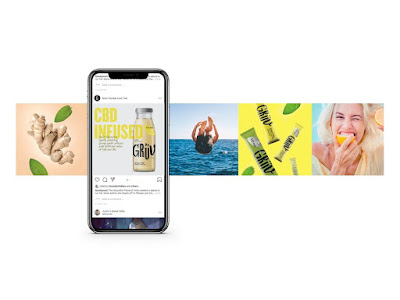 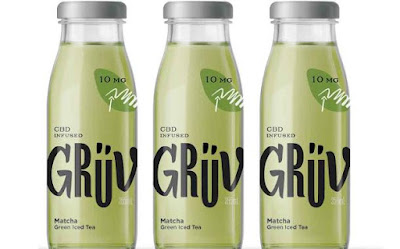 Did I mention we like profitable Smallcaps in this environment? Clearwater Seafoods of Halifax NovaScotia, Canada made $5 Mil last quarter and stands to benefit hugely from the trade dispute between China and the USA as it increased shipments to China this year.

You're #Investment Firm could own these premium Retirement Fund Web Domains
RETIRE.FUND
RETIREFUND.COM
RETIREFUNDS.COM
Bid now on these valuable DomainNames
Click on the Domain of your choice for more info
or to make a bid now! 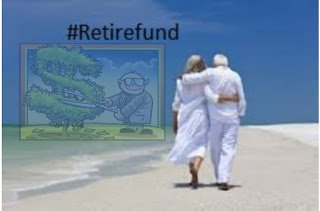 Is your Retire Fund in jeopardy of a Stock Market reversal? 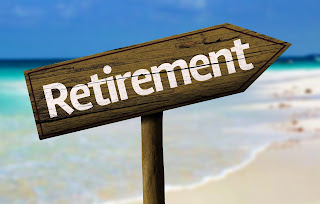 You have recently retired, or will retire in the next few years, but you are still heavily invested in the stock markets because that is where the growth has come from for the past 10 or so years.

Maybe you took a beating in 2008, or maybe you didn't start saving/investing until late in your career, and you feel you need a bit more!

Maybe it's time you considered "solidifying" the investments you still have.

Paper profits are great, until a sudden reversal in stock prices occurs.  If that happens this year,(and this writer believes it will), then you may be left trying to decide to "stay in" to try and recoup your losses, or cash out with 20-50% less profit. If such an event occurs, it maybe a decade before you recoup those losses.

To this date the Nasdaq has returned, year to date, over 19%  "THAT" my friends is a great return on investment! The SP500 has returned almost as much YTD!  I sincerely do not believe that retirees or those nearing retirement, "will ever see" returns like this again!!! 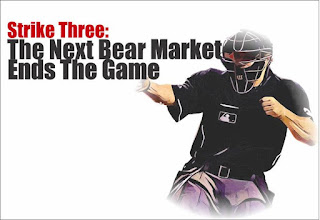 If you are over 50 or need the money in your portfolio for retirement, if you cannot afford a downturn in stock prices (or bond prices for that matter see: Bonds) then maybe you should consider the wise advice of the foremost investor in modern history, Mr. Warren Buffett, who famously said: 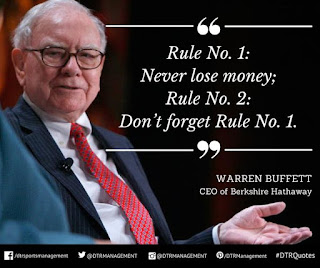 Remember, "Cash" is also a Position and, at this juncture, it may be the best position!

How safe is the Corporate Bond Market for your RetireFund? 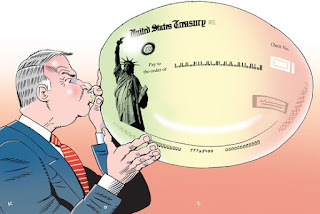 Bonds are Safe!  Bonds are where you put your money when stocks begin to swoon!

At least, this is the general consensus after 20+ years of a Bond bull market (and all the marketing info pumped into our heads by the investment community)

However, things have changed in the Corporate Bond Market, (and treasuries) and not for the good!

Besides al the talk of trade wars, and the coming worldwide Debt bomb, Investors already wary of a bubble in Treasuries should also be aware of what is going on in the "Corporate" Bond market now!

There are now over $52 Trillion dollars in Corporate Bond issues, over twice the amount there was in 2008 before the financial crisis. According to a recent Bloomberg analysis, "The duration of (those) $52 trillion of Investment-grade bonds now stands at 7"! 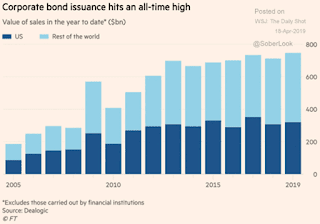 With interest rates near all time lows, after a 20 year bond bull market, it maybe time now to re-evaluate your bond positions, especially if you are nearing retirement. 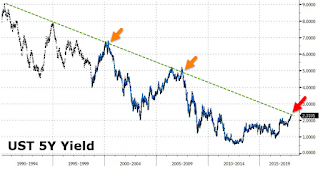 Also, if you are considering the U.S. Treasury bond funds, then consider this chart AND the fact that all funds charge a fee, every single year, to hold them.

No one, especially this writer, has a crystal ball, however, if you are in or approaching retirement, in the USA or Canada, then you should pay attention to these developments.

Oh yes, pay down and pay off your own debts. Your Retire Fund will thank you for it!
Posted by H. Pelham at 2:35 p.m. No comments:

The list of 2019 IPO Unicorns coming to market, brings a chill of Deja Vu 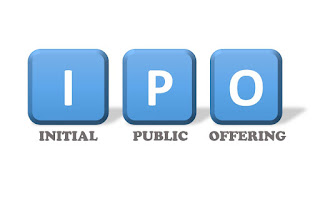 The plethora of Tech IPO's rushing to market this year brings back memories of two other years. 1999 (the height of the Dot Com Bubble)  and 2007 (the top of the market just before the financial crisis of 2008)

If you had jumped into many of those stocks at the time of the IPO hype, you would either have been wiped out completely, or, at very least, would still be trying to climb out of that ugly mess this year!

At this writing, approximately 75% of "all" wealth in North America, is held by retirees or pre-retirees. Although many are still trying to get to the promised land of retirement, I believe that these people, as individual investors, have no place in the coming stampede of Unicorn IPO's descending on this market. It would be prudent to leave this over hyped segment to the big dogs of investing.

I also believe that those who leave big chunks of their Retire.Fund in Index Funds, may also be courting trouble this year.  My reasons are many. Besides the ongoing calamity in the macro picture (see - Stocks VS Index Funds) There is also one elephant in the room.

None of these Unicorns currently make money!

What is a Unicorn you ask? A Unicorn is a mythical beast that does not exist!

In the same context, that is now a name 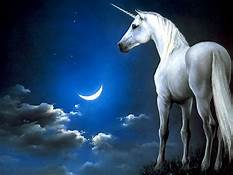 given to any company who comes to market, with over a Billion dollars in valuation, that has "NEVER MADE MONEY"!!!

In the last century, these companies did not exist! 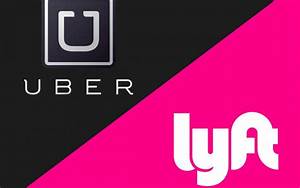 Lyft, has "Never made Money" either, and they are Uber's largest competitor in, what is essentially, a taxi business.  Since Lyft's IPO this month, it has dropped over 16%, and falling.  It was the first of these unicorn companies to come to market, and you should judge it as the "canary in the coal mine" of this IPO season. It may actually do better than some of the other Duds in this list.

Once upon a time, Insiders would bring their companies to market much earlier than today.  They used to do that to raise capital to "grow" their business. However, in today's over hyped markets, they don't have to.

Why is that, you might ask? Well, if you can stay private as long as you can, while Billionaire venture capitalists such as, Sequoia Capital, Andreessen Horowitz and Founders Fund keep, shoving money into your company, why wouldn't you?  In today's market, the Venture funds, and many insiders, merely want to "cash-in" and, you guessed it, you, the public investor, are their Bank!

There is currently a whole herd of unicorns coming into the market this year. Why, because valuations are high, because there is lots of money to be had, and because the future does not bode well for these suspect companies. If you want to make investors believe that your company, which has "never made money" is worth billions and billions, then you have to catch investors at the tip of their euphoria.  The thought of "being left behind" is strong for many investors, and that kind of thinking is dangerous!  Remember, Deja Vu!

Earlier I mentioned venture funds, Sequoia Capital, Andreessen Horowitz and Founders Fund!
These three were also early investors in AirBnB.  Oddly enough, This is the one unicorn that I might consider, in six months or so! Mostly because it's business model allows average people to monitize their own properties.  I like that!  It has a future!

Others in the unicorn herd include, Zoom technologies, Pinterest, Tradeweb, Slack, Postmates, Palantir, Casper and Cloudstrike, among a few others. 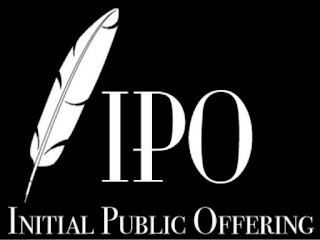 Palantir has merit because of it's reach in cyber security, but the CIA was an early investor, and, besides utilizing the platform, they no doubt want to get some of their money back.

Cloudstrike has some promise, and may be a viable option in the future.

The rest are, in my opinion, merely money making machines for insiders!
And, It is your money they seek!

These are not the same as the FAANG stocks were.
Some acronyms that may apply here: LUZ, STAULZ, STAAP

PS: You might also want to re-evaluate the "Growth" Stocks in your portfolio! I recently de-FAANGed our Retire.Fund 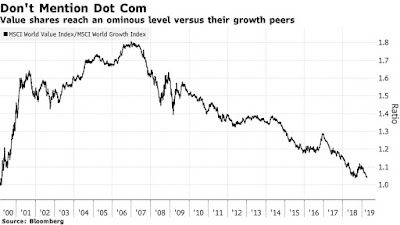 Keep in mind that, the last year this many Unicorns came to market, was during the height of the Dot Com Mania.  It took investors 15 years to merely get back to where they were when they invested.

Some were wiped out!

Invest wisely friends, and remember, at this juncture,
"CASH" is also a position!
Posted by H. Pelham at 2:12 p.m. No comments: